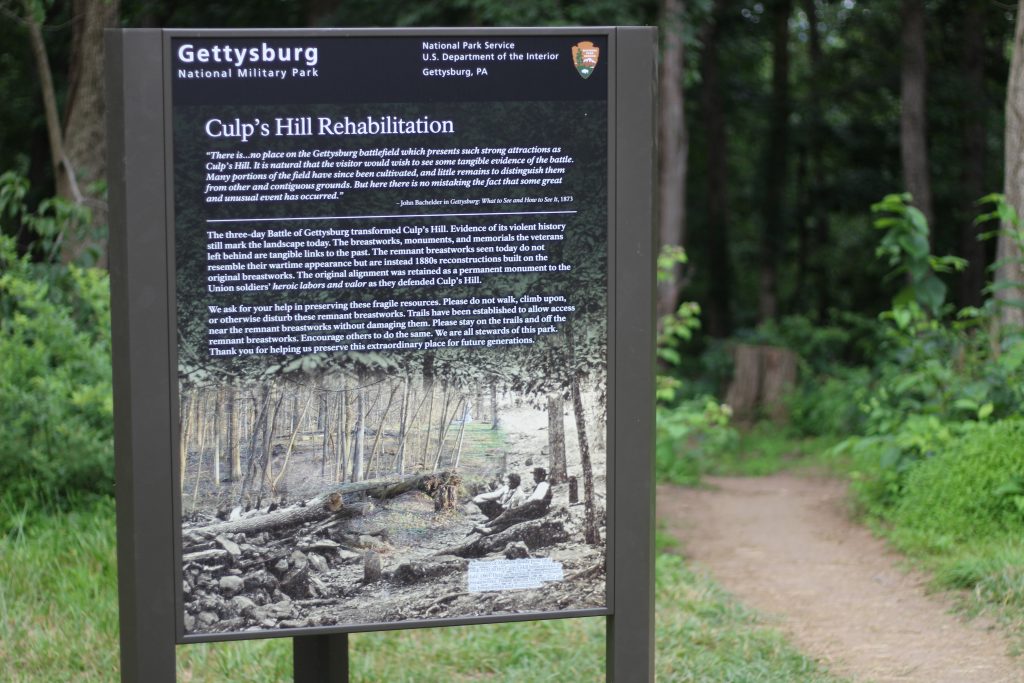 When Cumberland Valley Tree Service – Landscaping opened its Gettysburg branch, manager Dave Poe didn’t know much more about the Civil War than the average person who was born and raised in the Chambersburg area.

Granted, that’s probably more than the average person raised elsewhere, but after more than two decades, he has embraced the history that surrounds his office.

For example, it is likely that the Confederate army camped out on what is now Poe’s front yard and parking lot, which would make sense given the property’s strategic proximity to the fresh waters of Seven Springs. The historic Cashtown Inn (founded 1815) is only about a half mile away. And, a few years ago, someone with a metal detector discovered a button off of a horse bridle on the grounds.

Working for a respected tree care company in such a historic place has given Poe a unique opportunity to play an active role in the preservation of America’s Civil War history.

Here are three projects where CVTS-L’s Gettysburg branch has contributed to the enjoyment, authenticity and safety of Gettysburg’s living history.

In early 2021, Cumberland Valley Tree Service – Landscaping’s Gettysburg branch undertook an extensive project that involved clearing brush and understory (trees that are five inches or less in diameter) on Culp’s Hill, an 18-acre area that saw significant action during the battle.

The Culp’s Hill project, which was led by the Gettysburg National Military Park and the Gettysburg Foundation, had a dual purpose: to make it easier for visitors to actually see where history was made and to preserve the authenticity of the site as much as possible.

“During the growing season, when things are green, the forest is so thick now they [tour guides] can’t show people where landmarks, troop movements and hiding places were,” said Gettysburg branch manager David Poe in an interview last winter. “We’re trying to open up the forest so they can see what happened.”

Poe explained that while the Culp’s Hill area where they were working had certainly been forest back then, it would have been large trees with a very closed canopy, so there wouldn’t have been as much underbrush.

“Through trees dying out and invasive species coming in, and even with the ash borer killing the ash trees, more sunlight has gotten in, and there are more trees and underbrush sprouting up,” said Poe.

A lot of attention went into getting the balance of the old and the new as well as the authentic and the restored just right.

“We want to leave some of the young trees because we need them to replace the ones that are dying,” he said, “but too much thickness in the woods prevents people from seeing the battle plans.” 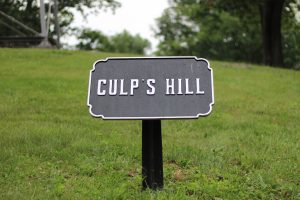 Two of Gettysburg’s more famous Witness Trees stood in front of what is now Mr. G’s Ice Cream on Baltimore Street. Known as the “Twin Sycamores,” the trees can be seen in a picture dated November 19, 1863 – moments before Abraham Lincoln passed by to deliver the Gettysburg address.

Unfortunately, of the twins had gone into decline after being improperly pruned by another tree service, and Poe had to make a difficult decision.

“It’s right down the street from a school, so there were huge dead limbs hanging over the sidewalk where hundreds of schoolkids walked to school every day plus flocks of tourists every summer,” recalled Poe. “I recommended that hey remove it on account of the liability issues if anything happened.”

No one wants to see a Witness Tree fail in any way, but their age combined with heavy pedestrian traffic in Gettysburg would eventually cause problems.

“They’re old trees, so we lost a couple every year almost,” he said.

Poe estimates that there might be fewer than 100 Witness Trees still standing in Gettysburg.

While it’s not unheard of for a tree removal to make the local news because they often combine regional history with a safety threat to the community, but the removal of one of the twins was like something that Poe had never experienced before.

In addition to the newspapers and television crews, Poe recalled that “People were grabbing twigs and leaves and pieces of wood even though it was roped off with caution tape – it didn’t stop people from trying to get pieces of this historic tree.

A section of the ice cream shop has been converted into a shrine to the trees. A museum-style cross-section of the tree reveals where the tree had been shot during the battle. The ball is still in there to this day.

CVTS-L replaced the sycamore with a London plan tree, a very close relative to the sycamore. Today, the replacement stands about 15-30 feet tall, and Poe is pleased with its progress. Every two or three years, the Gettysburg office goes out and prunes the dead limbs out of the remaining sycamore to keep it healthy. The ice cream shop then takes the dead limbs from the pruning debris and saws them into smaller pieces that are made into souvenirs that visitors can buy. 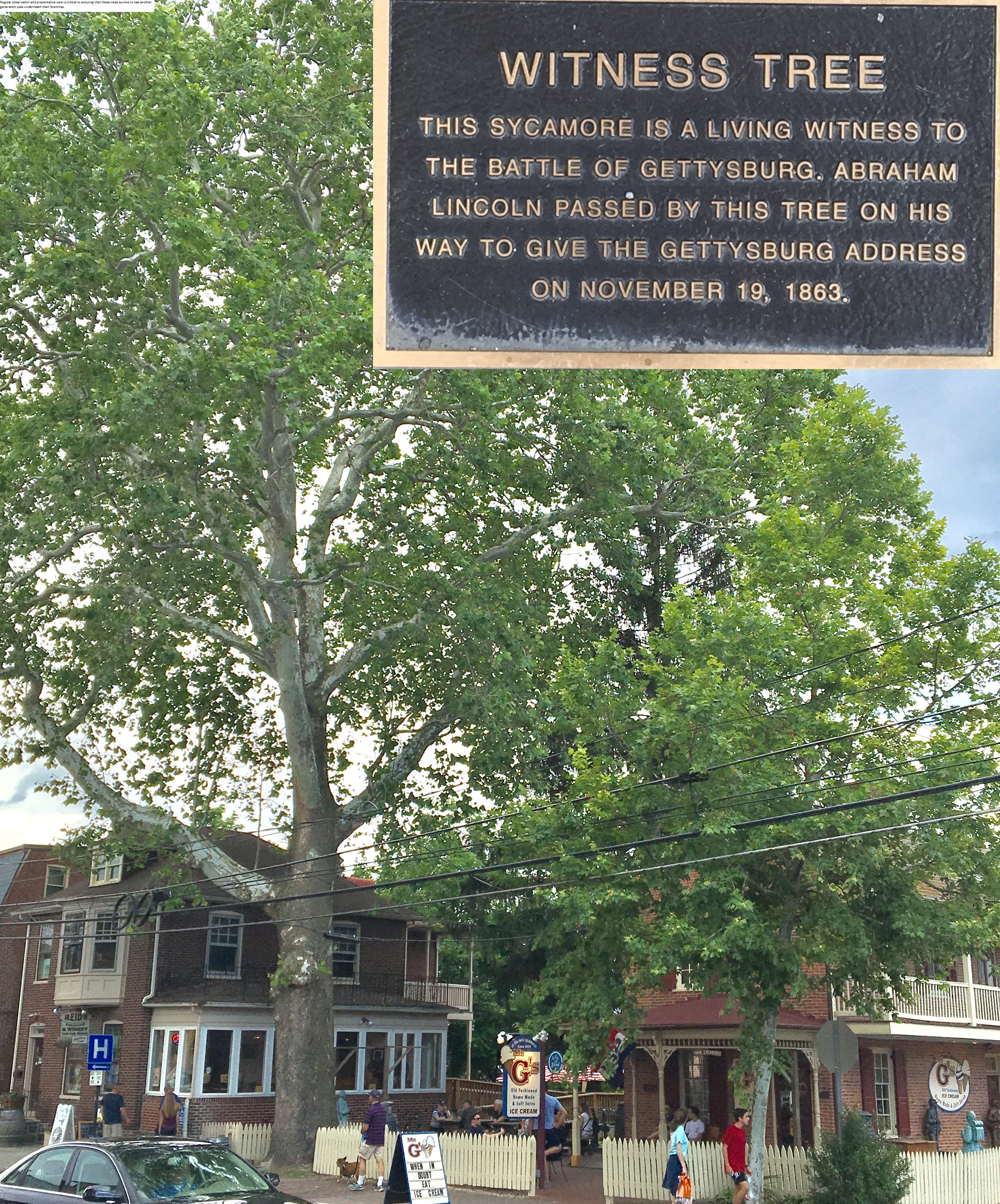 When it comes to Witness Trees, the number one goal is preservation. Poe’s branch was once called out by a concerned citizen-historian to assist with a 300-year-old oak tree that had begun to split. While all of CVTS-L’s branches perform preservation work, the Gettysburg projects clearly illustrate what is at stake when working with living history.

In addition to the standard tree services that all of CVTS-L’s branches deliver for their customers – removals, pruning, assessments, etc. – Poe and his team also have the privilege of performing specialized maintenance and preservation work on some of Gettysburg’s Witness Trees.

Modern visitors to the battlefields are often led to imagine how the scene would have looked to soldiers back in 1863, but thanks to the hard work work of conservancy groups and tree care professionals, many Witness Trees still stand today. 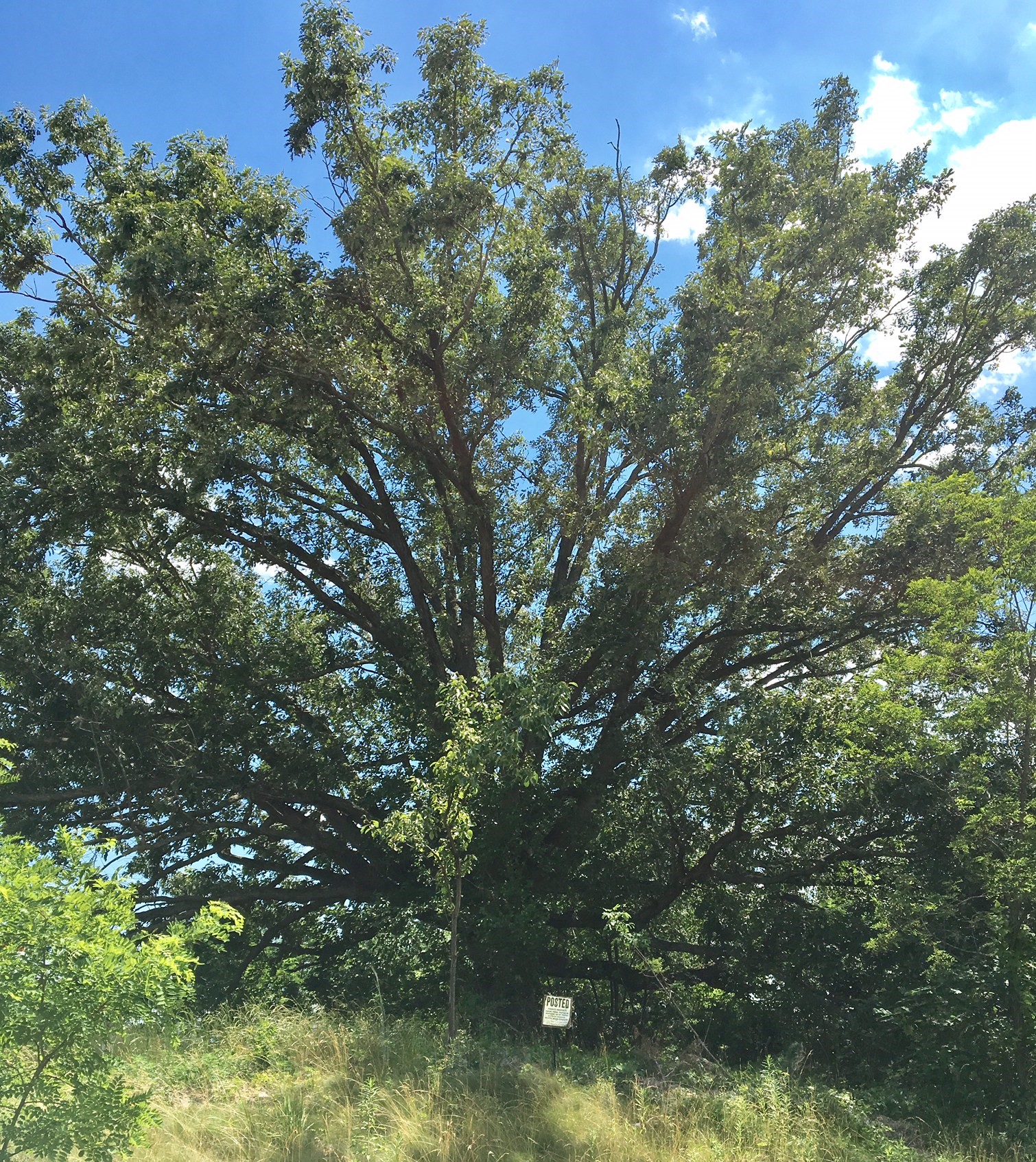 Culp’s Hill Rehabilitation and Beyond

From the recent Culp’s Hill Project through the ongoing work to preserve Gettysburg’s remaining Witness Trees, CVTS-L is thankful for the opportunity to use our skills and experience to preserve these living artifacts.

“I would certainly love to do more of the high-level preservation projects,” said Poe. “I would love to get more involved in the battlefield and the historic trees and get recognized for being a company that likes to do tree preservation. I’ll certainly do my best to keep a tree if it’s healthy and safe.”