40 Years – Maintaining a Culture of Mentorship: Lessons for Life and Business from the Kirkpatricks 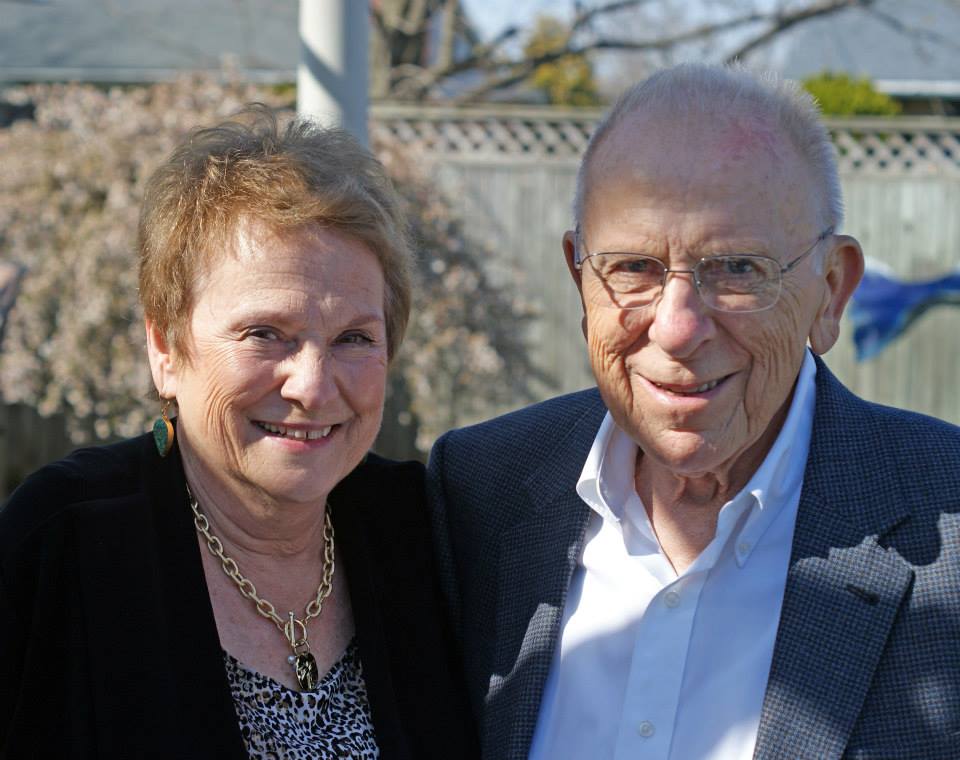 It is easy to see that we have grown, diversified and expanded not only our selection of services but our service area as well. We’ve been blessed every step of our journey with the support, guidance, partnership and mentorship of several unique individuals.

Of special recognition would be the late Dr. Joseph Kirkpatrick and his dear wife Ruth Kirkpatrick who recognized the talent possessed by George Pogue Sr and followed the leading in their hearts to mentor him and his family for seven long years. They offered partnership, financial support and taught the family the foundational components necessary to institute and sustain a business.

By that time, Pogue was a gifted tree climber and trimmer with nearly twenty years of experience, but the first forty years of Pogue’s life had not been easy, and he was hardly the type of person that investors threw money at, so he declined the Kirkpatricks’ offer at first.

Not everyone who can cook should own their own restaurant, and it’s the same with tree care. Without proper preparation, they will quickly find themselves in over their heads trying to deal with things like payroll, marketing, customer service, and so on – critical things to operating a business that leave little time left for doing the actual job.

George, Joseph and Ruth formed a three-way partnership that allowed Pogue to focus on the day-to-day operations of running a tree care company while learning the business and customer service side of things from the Kirkpatricks.

The Kirkpatricks got the company incorporated, brought in an accountant and made the initial investment in the equipment. In 1978, Cumberland Valley Tree Service (the “Landscaping” had yet to be added!) was born.

Then they told Pogue to learn all that he could from them because they would only be available as a full-time resource for a brief window of time. In seven years, they would move on to somebody else.

Every Friday night, they would meet at the Kirkpatrick’s house and go over the business of the week before and discuss it – what went well, what didn’t and how could have have done it better. From day one, it was a job, an apprenticeship and an MBA. They taught him how to look people in the eye, how to write up estimates and how to handle it when someone doesn’t pay their bill on time. Where George had taken to climbing and trimming naturally, it was during these intimate sessions that he slowly but surely acquired the critical foundation of customer service and bookkeeping.

Here are five pieces of wisdom imparted from the Kirkpatricks during those seven years of mentorship.

1. People need a chance to prove themselves.

It was obvious that George Pogue Sr was a hard worker, but the Kirkpatricks recognized that he needed something to call his own and increase his expendable income. George Sr had large visions and dreams that required both money and endurance to see through to fruition. People need a purpose, a challenge they can rise to. If he had something that’s success or failure was entirely his responsibility – something that he could call his own and put one hundred percent of his energy into – he would be unstoppable.

The Kirkpatricks were willing to gamble that if the same drive that energized Pogue to jump out of airplanes and get into fist-fights could be harnessed and redirected, it could be extremely valuable to running a successful business. The challenge was providing a solid business infrastructure without quenching that fire.

In any field – from tree care to orthodontics – success requires years of single-minded dedication. The Kirkpatricks had agreed to a seven-year commitment to Cumberland Valley Tree Service before it was even incorporated. For a company to survive (and thrive!) for forty years (and counting!), it has to look beyond the projects on its daily schedule and think in terms of years and decades. Industries change – sometimes rapidly, sometimes slowly. Embracing the long-view approach, and slowly, yet surely building on a solid foundation has allowed CVTS-L to adapt to changes where other company have not.

A good teacher is one that can package complex lessons in a way that the student can understand. George Pogue had left school at a young age, but by basing their instructions on real-world examples, the Kirkpatricks were able to mentor him through the critical first years of CVTS-L’s existence. During those Friday night meetings, George Pogue Jr – who was then barely a teenager – watched as his father and the Kirkpatricks went over the week’s business and he absorbed it like a sponge. George Jr had grown up assisting father on weekends for extra money, and he combined his real-world experience with a degree in Forest Technology form Penn State University. Jr was added to the payroll working on weekends and when he was on breaks from school making minimum wage. Eventually he took on a management role, but George Sr is still an active presence and source of guidance at CVTS-L. Accordingly, CVTS-L mentors its employees in a variety of ways and encourages them to explore tree care, landscaping and plant health care in all of its forms through a combination of on-the-job experience, formal training, professional certifications and continuing education credits.

5. Plant a tree today so the next generation can enjoy its shade.

The Kirkpatricks had trained George Pogue Sr for seven years before handing him the reigns, and then Sr trained Jr for years giving him incrementally more authority. Now, the practice still continues as the company continues to grow. As CVTS-L grows, George Pogue Jr finds himself relying more and more on a new generation to handle new territories and services. But he knows that they’ve been well-mentored and that they will rise to the challenge and perform their duties with a sense of ownership while setting an example for the next generation.