Ever since he was a 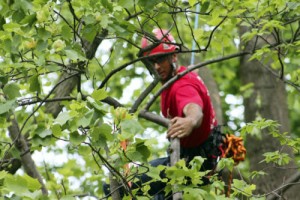 The 30-year-old certified arborist said it got him into trouble more than once when he came home covered in sap and pine chips. But years later, he’s become a top tree climbing competitor in the region.

Feather, who has worked for nine years as a production foreman and safety coordinator with Cumberland Valley Tree Service, will compete Aug. 2 and Aug. 3 at the International Tree Climbing Association in Milwaukee, Wis.

While he has competed for four years, it’s the first year he’s won the regional event and he will now go on to represent his chapter, Pen-Del, the Pennsylvania/Delaware chapter, in the larger competition.

During the competition, there will be five preliminary events, and then the top 10 competitors go to the Master’s Challenge.

The events include the work climb, which tests their ability to safely advance through various workstations in the tree while on a rope and saddle; the belayed speed climb, a timed test of their ability to climb a route from the ground to 60 feet up; and the secured footlock, which times their ability to perform a vertical ascent into a tree.

Also during the competition will be the throw line event, a timed test of their ability to accurately place a throw line and climbing line in trees between 40 and 50 feet, and the aerial rescue, designed to measure the ability of each contestant to reach a worker in a tree, check for injury and evacuate them from the tree safely, quickly and efficiently.

He said the aerial rescue event is one of the more difficult tasks.

“It has an elaborate score sheet and there a limited amount of time to get there,” he said.

The competition is about a lot more than just speed, he said.

“The biggest conception is that they immediately think it’s those guys running up poles,” Feather said. “There are no spikes, no chain saw. Everything is based around safety. All your gear is extremely scrutinized and picked over by the instructors.”

There are other competitions that are based more on these things including the Steel Timber Sports Series, aired on television every year, he said.

He said that sometimes the fastest time will win but many of the events are based on points and the competitor with the highest number of points wins.

“It’s about skill, not always speed,” he said.

Feather’s biggest fans are his wife, Laura, and his two boys, Landon and Liam, who come to watch him compete. 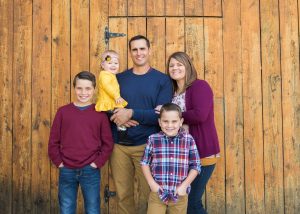