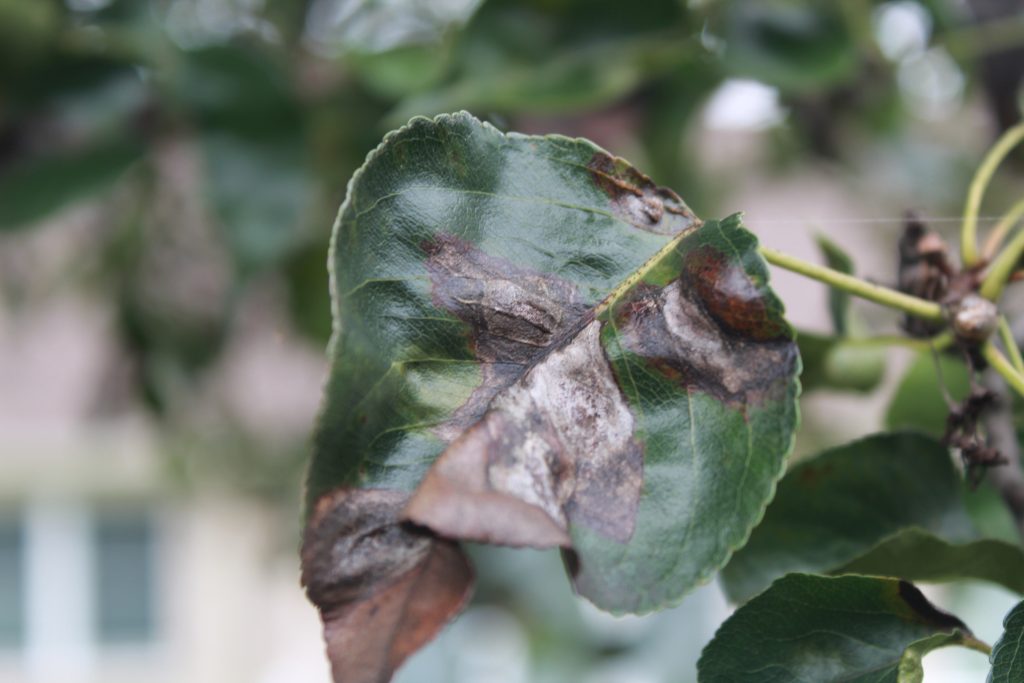 In 1972, Hurricane Agnes flooded large swaths of Pennsylvania, and the Mickey’s Inn Road area of Scotland, PA – already prone to flooding due to its proximity to the Conococheague Creek – was inundated to the point that when the rain let up and the water finally went down, it left waterlines on the walls of the homes. In 1974, George Pogue Sr purchased one of these restored homes, which would become Cumberland Valley Tree Service’s first office in 1978. Since 1972, Hurricane Agnes has served as the benchmark for rainfall in the region, and people still talk about it today.

At our last manager’s meeting, however, it came up that we had cumulatively (as of the first week of August) more rainfall this year than we did during the floods of Agnes. So much rain, in fact, that July of 2018 was the fourth wettest month for the Susquehanna Valley region since 1888.

It might not have dropped over a short period of time causing the catastrophic flooding of ’72, but that much precipitation spread out over months has definitely had a significant effect on the quantity and variety of calls we received this summer at CVTS-L.

Here is a look at how this summer’s surplus of rain has affected our Tree Care, Landscaping and Plant Health Care divisions (and Storm Damage!).

This year we saw a substantial increase in calls regarding trees losing large limbs and outright failing. It’s true that healthy trees don’t simply fall over, but it’s also not entirely fair to put all of the blame on the rain. What typically happens in these situations is a little more complicated.

This excessive amount of rain puts stress on already bad situations that would have otherwise gone unnoticed. But once the limb is down or the tree is being hauled away, it is discovered sometimes that the affected parts were often already rotting or experiencing some form of decay.

The problem may have existed for several years – and could have progressed for several more – but the rain just became too much for it.

The homeowner didn’t necessarily do anything wrong here. They didn’t overlook anything or miss any clues. From the outside, it may have looked like a healthy, sturdy tree. This was just a very unsubtle way to discover that there was a problem inside the tree or down in the roots.

On top of that, we also noticed that trees with heavy seed, fruit or pod production are suffering increased breakage due to the combined additional water weight.

In these cases, we can help with the clean-up after the fact, but it can also be a warning to neighbors that maybe they should have their own trees examined preemptively.

We have also gotten a lot of calls regarding trees with leaves that are spotting and dropping. As with the Tree Care situation, the nonstop rainfall is the most noticeable culprit – this year was the most ideal conditions for leaf blight since 1888 – but it’s often exacerbating pre-existing conditions that otherwise would have been held in check by nature.

The most severely affected trees are usually ornamental flowering fruit trees such as crab apples, cherries, serviceberries or hawthorns. Because these trees are popular in planned communities and developments, we often see entire neighborhoods affected.

The good news is that even though the nonstop rain has caused infections and re-infections, trees that manage to hold onto their leaves until August are very likely to survive because they have stored enough food.

The bad news is that they will be more susceptible to infections in following years, and repeated infections over a period of years could weaken the tree and eventually kill it – especially if it coincides with a heavy year for beetles (which 2018 also was). In these cases, we change our spraying strategy from prevention to suppression in order to keep the blight under control.

It should be noted, though, that if your trees are beginning to show fall colors in August or September (as opposed to the discoloration and spotting associated with blights and funguses), it might not be a problem with the leaf at all, but rather, it could be a symptom of a root problem known as “girdling root(s).” With girdling root, the root(s) wraps around the tree and chokes off the other roots or the base of the trunk effectively starving the tree. It can be very serious, and it needs to be treated with great care.

This summer, the same rain caused limbs, leaves and in some cases entire trees to drop unexpectedly also caused backyards to turn into mini-Jurassic Parks.

The rain has been a major obstacle in our hardscaping projects. Because there was no July-August break in the rain, it was difficult to get out the door and onto the worksites, and we shifted our landscape design process and scheduling accordingly as best we could.

However, if you were putting in new plants, this was your year to reap the benefits.

New plantings and new grass were actually rewarded with ideal conditions to take root and thrive.

As arborists, we work very closely with nature, which is a very humbling and awe-inspiring experience.

This year, on account of the extraordinary amount of rain, previously unforeseen problems were discovered in fallen trees and limbs.

Leaf blights and beetles ran rampant because the natural checks on them had been removed.

Plans for outdoor construction projects have been frustrated and delayed.

At the same time, those same rains have allowed new plants to take root.

And as we look towards fall, the wet soil will be optimal for fall treatments that will help plants and trees thrive next spring and summer.